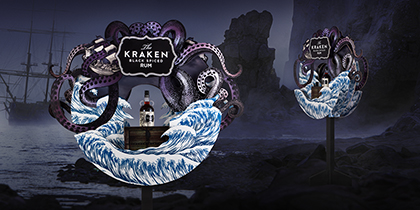 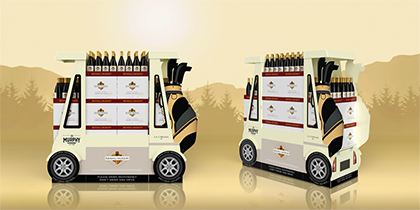 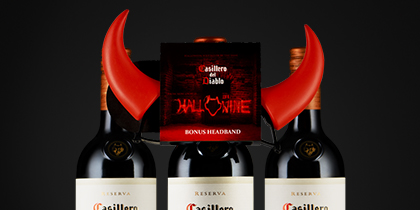 Proximo partnered with Main St. to design and execute an impactful display that would help drive sales, build brand awareness, and draw consumers into the legendary brand.

Our in-house design team created concepts that strategically highlighted Kraken’s story of a ship carrying spiced rum that was attacked and destroyed by a monstrous beast.

We produced a 360˚ multi-layer display that was built around a single bottle of dark spiced rum, which rested on a treasure chest in the middle of the Krakens’ massive limbs. Various layers were used to create depth, while motion censored lights and sounds were added to engage different senses as consumers walked by. 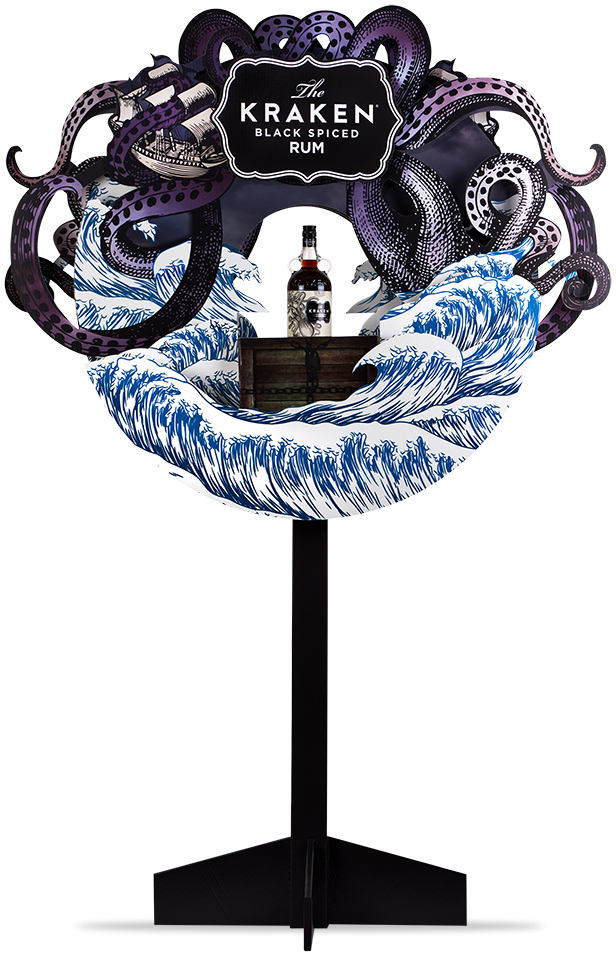 We produced a double-sided corrugated pole topper display that was delivered to strategic retail locations in the Canadian market.

This campaign was extremely successful and resulted in a 40%* sales increase for the month compared to the same period in the previous year!

While in store, our field-reps overheard the following quotes from consumers interacting with the display:

At the end of the promotion, we worked with the retailers to pick up and repack the displays, so that Proximo could use them again to promote their rum in the other Canadian regions.

*While this display was a significant component, it should be noted that the campaign included other promotional activity that contributed to the lift.

Inspired by the Safeway Open Golf Tournament, in Napa, California, Kendall-Jackson wanted to develop a premium in-store display that would draw consumers to their product and help gain incremental retail floor space to allow for sales growth. 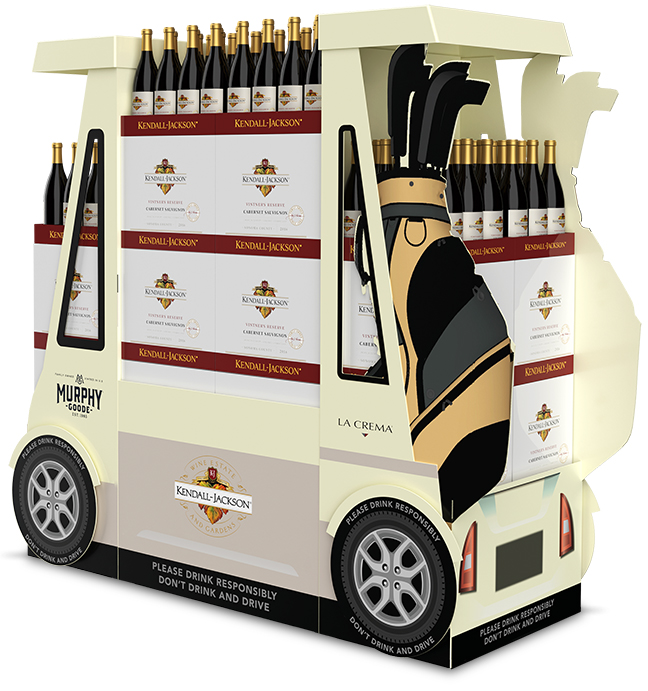 The design of the golf cart incorporated book-end case and center stackers, which gave consumers a 360˚ shopping experience. Branding from the various product offerings were incorporated into the overall design, allowing this free-standing display to be versatile enough to house multiple cases of different products.

The campaign was extremely successful and due to the increase in sales, our client repeated the program again the following year. This piece was strategically developed to be easy to assemble and was complimented by sales reps and store managers on both the visual impact it had in-store, and how simple it was to merchandise product.

Conch y Toro was looking for a competitive turnkey partner who could offer a fresh approach to an established brand and help captivate shoppers’ attention for Halloween. 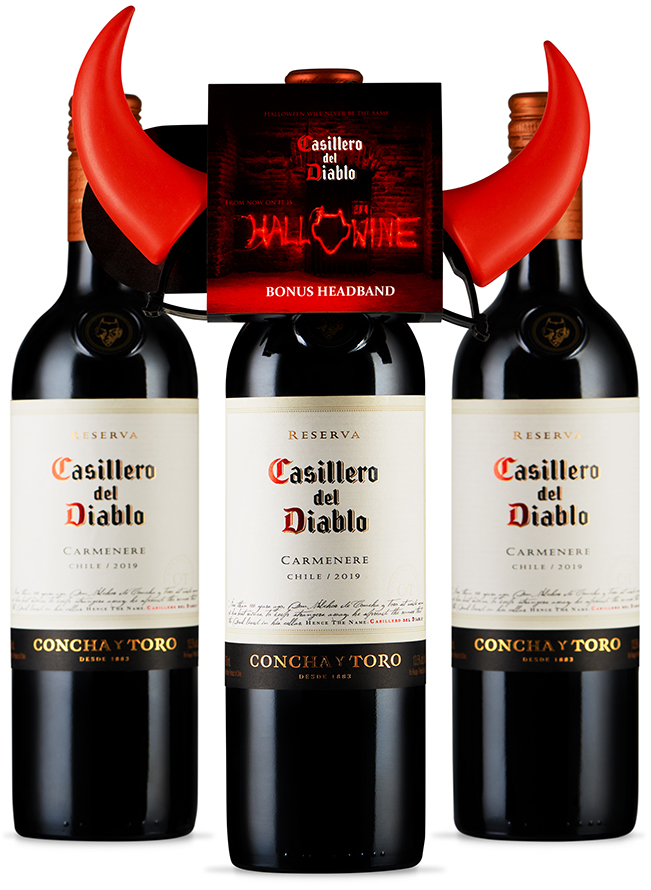 Casillero del Diablo’s history has been supported by powerful and innovative advertising campaigns, which has helped turn it into Chile’s most famous wine brand. We wanted to play up the legend of the Diablo and allow consumers to unlock their devilish side throughout the Halloween season.

We came up with the concept of the light up devil horns to entice new customers and highlight the story of the legendary protagonist who gave the wine their unique name. Not only did we produce a value-add solution to the bottle of wine itself, but we expanded the program with a corrugate retail display, which housed the light up headbands and were given away as a gift with purchase. 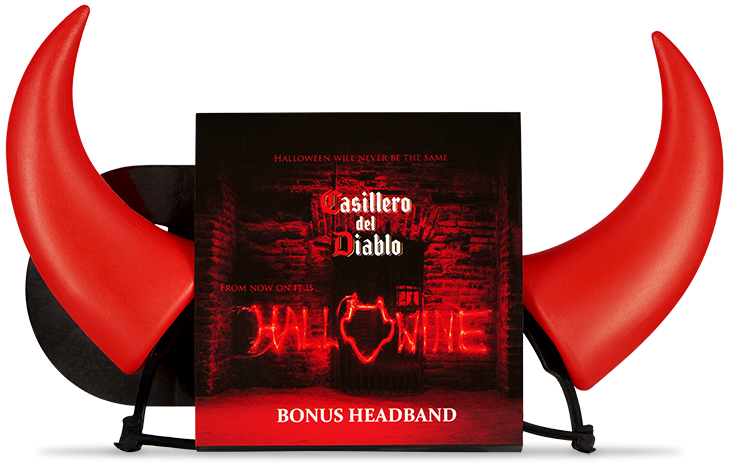 The 2016 program was so successful that they saw a 400% increase and a double-digit lift in cases sold throughout Canada. Not only was this program a success with consumers, the sales teams and retailers wanted to expand the program the following year. They increased their order by 150% and expanded the program to include green devil horns for St. Patrick’s Day.

Join our growing community of top brands who have daily success with their custom POS solutions.